China called the United Nations’ decision to suspend Russia from the Human Rights Council “dangerous” and an act of “politicization.”

The UN General Assembly voted in favor of suspending Russia’s membership on Thursday. The resolution required a two-thirds majority, and out of the 193 members, 93 nations voted in favor and 24 against.

Prior to the vote, Ukrainian Ambassador Sergiy Kyslytsya urged countries for their support, citing that “thousands of peaceful residents have been killed, tortured, raped, abducted and robbed by the Russian Army.”

China was among the countries that voted against the resolution, along with Russia, Cuba and North Korea. The East Asian country’s firm support for Russia comes after the decision to abstain in the previous two proposals from March.

Chinese ambassador Zhang Jun stated that while the “images of civilian deaths in Bucha” were “disturbing,” diplomacy was the “only way out” of the Ukrainian Crisis.

He urged the international community to “remain rational” rather than “[add] fuel to the fire.”

Jun also appeared to be referring to the U.S. when he accused “individual countries” of “talking loudly of peace” but being “obsessed with creating bloc confrontations” such as “provoking tensions in the Asia Pacific region.”

He called this a “self conflicting and self-serving practice” that is “very dangerous.” The statement comes amid tensions between China and Taiwan over the possibility of a war over territorial rights. Last month, former President Trump warned that Taiwan would be “next” in line for invasion.

Jun added that “dealing with the membership of the Human Rights Council in such a way” would “set [a] new dangerous precedent.”

After the passing of the resolution, Deputy Permanent Representative Kuzmin announced that Russia had already decided to quit the Council before the end of its term. He accused the Council of being monopolized by a group of states who use it for their own ends.

Russia is the second country to have its Human Rights Council membership stripped, after Libya in 2011 when ruler Muammar Gaddafi violently suppressed protests.

Mark Zuckerberg and Priscilla Chan Give $400,000 to Favorite Asian Restaurants in SF

Target tiptoes back into resale with new ThredUp deal 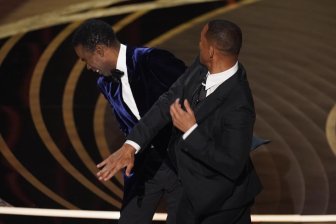