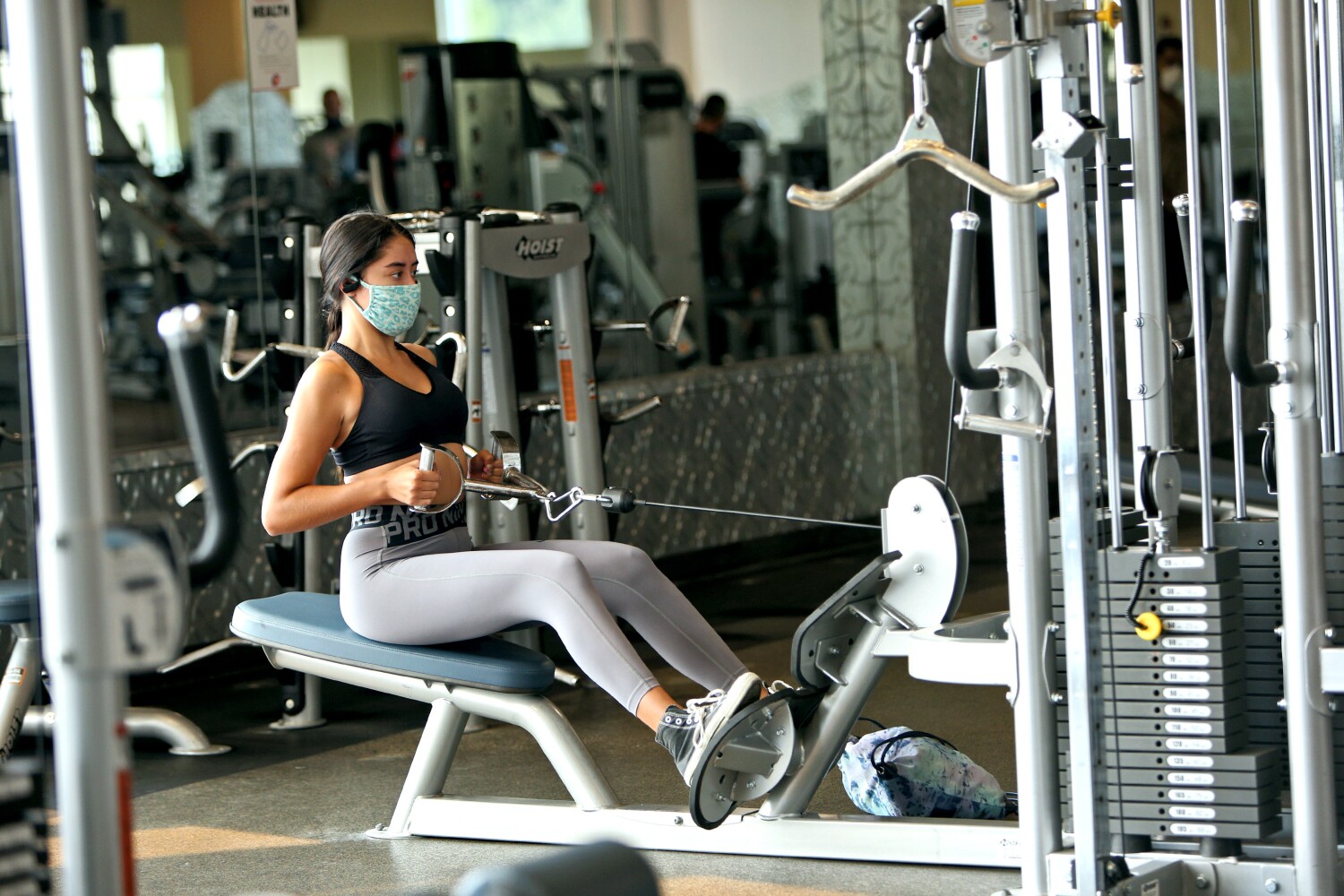 The Centers for Disease Control and Prevention is urging stricter precautions for gym-goers after tracing coronavirus outbreaks to fitness centers in Hawaii and Chicago that left dozens of patrons with COVID-19.

The findings, detailed in two papers published this week in the CDC’s Morbidity and Mortality Weekly Report, highlight the risks of indoor fitness activities, particularly when guidelines about mask-wearing and social distancing are not enforced.

But even when worn properly, face masks may not do enough to mitigate the risk of indoor group classes, said Dr. Larry William Chang, an infectious diseases specialist at the Johns Hopkins University School of Medicine, who was not involved in the research.

“I personally would never join a group class in an enclosed space with poor ventilation,” Chang said. “I think that’s just a recipe for disaster.”

The first of the two outbreak cases took place in Hawaii and began in late June after two fitness instructors — one apparently infected by the other — transmitted the virus to patrons before developing any symptoms of COVID-19.

A total of 20 of 21 people who were exposed to either of the instructors in the 24-period before they showed signs of illness wound up becoming infected after attending a class or personal training session. Another eight patrons were exposed in the 24-hour period before that, and one of them contracted the coronavirus as well.

Out of those 21 infections traced to the instructors, 20 patients (including the second instructor) went on to develop COVID-19, and two of them were hospitalized.

At the time of the outbreak, mask use was not required in fitness facilities, the authors wrote.

Some of the classes seemed designed to spread the virus. For instance, there was a high-intensity cycling class where the infected instructor faced a group of 10 maskless participants and shouted instructions at them. Three large floor fans blew air toward the patrons for cooling; doors and windows remained shut.

“They essentially created an ideal environment for transmitting coronavirus,” Chang said. “I mean, you had enclosed spaces, inadequate ventilation, masks were often not used or required, and people were vigorously exercising. That’s essentially a recipe for a super-spreader event.”

The outbreak in Chicago took place around two months later. There, mask use, temperature checks and symptom screenings were required upon entry. Patrons brought their own mats and weights, and were positioned at stations at least six feet apart. However, they were allowed to remove their masks during exercise.

“I think in Chicago they did some things which we sometimes call public health theater,” Chang said. Asking if people have symptoms doesn’t catch people who are asymptomatic transmitters or who don’t tell the truth. Temperature checks are insufficient because not every contagious person will be running a fever. “None of that really probably has a huge effect on decreasing your risk of transmitting coronavirus in your facility,” he said.

Indeed, 55 out of 81 people who attended high-intensity indoor classes at the Chicago gym sometime between Aug. 24 and Sept. 1 became infected and developed COVID-19.

Class participants were interviewed about their behavior in the gym. Out of 38 attendees who had COVID-19, 32 (84%) reported infrequent mask use. (So did 12 out of 20 — 60% — people who did not become sick.) Three of those with COVID-19 attended the gym on the same day — or after — they received a positive coronavirus test result.

Ultimately, two of the 55 people visited an emergency department and one was hospitalized for eight days.

Both research teams suggested ways of reducing the risk of working out in a gym, such as significantly improving ventilation, enforcing consistent and correct mask use and physical distancing, reminding all patrons and staff to stay home if they’re ill, and increasing hand-hygiene opportunities.

Chang said the safest place to exercise would probably be at home or outdoors. But not everyone is able to do so, which is where gyms come in.

“Gyms are a social and public health good,” he said. “it’s important for people to exercise and some people aren’t able to exercise at home or outdoors. So I do think many gyms can stay open — but they really need to have some vigorous policies and adjustments in place.”

O.J. Simpson gets second COVID vaccine dose: ‘Go get yours’

Prince Harry Will Return Home for Prince Philip’s Funeral, But Without Meghan Markle

The plan for Prince Philip’s mourning period and funeral