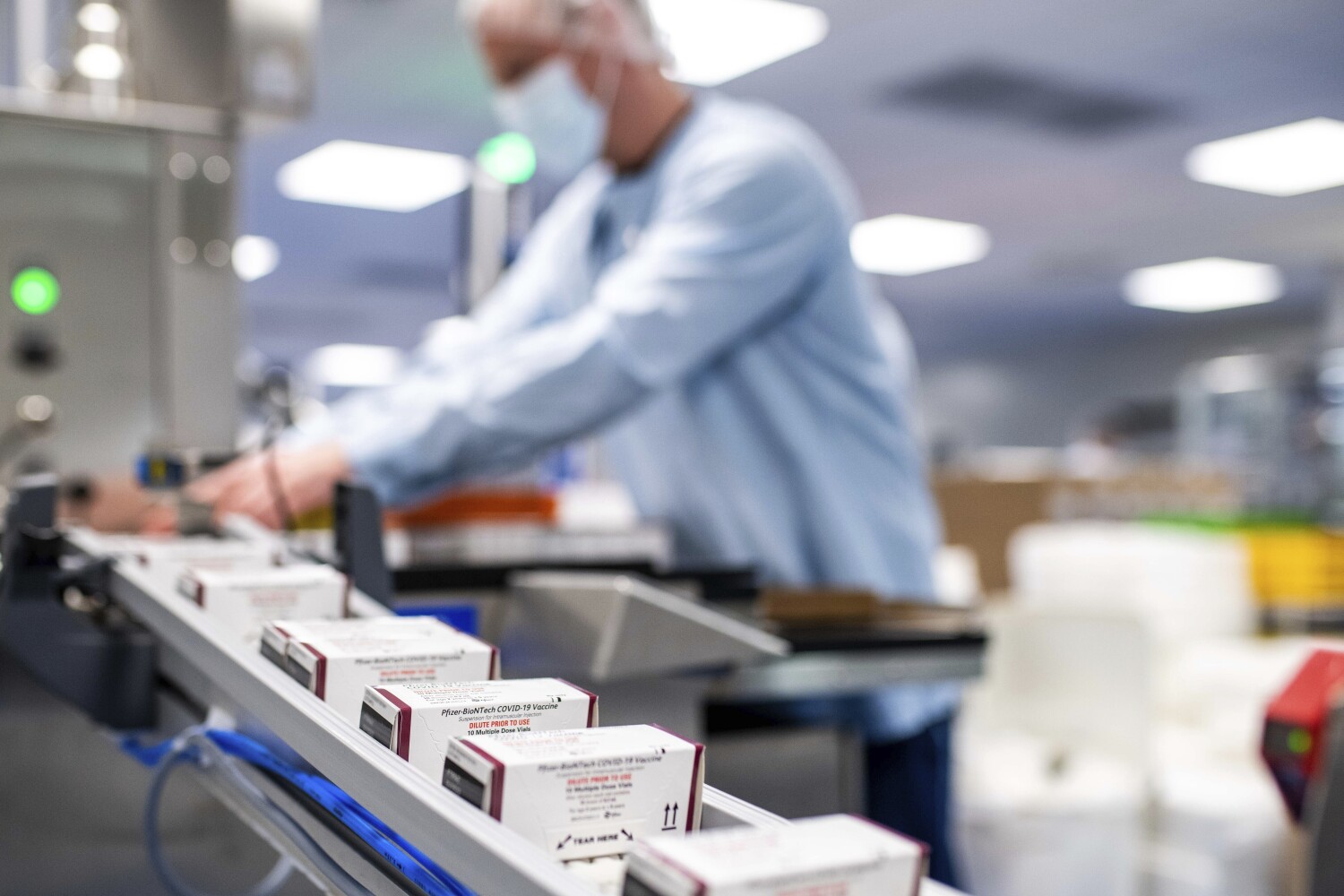 The Centers for Disease Control and Prevention cleared the way Saturday for the nation’s youngest children to gain protection against COVID-19 with two vaccines specially formulated for recipients as young as 6 months.

The long-awaited action will allow 18.7 million infants, toddlers and preschoolers to get their first doses in a matter of days, and the CDC wants them to do so.

“We know millions of parents and caregivers are eager to get their young children vaccinated, and with today’s decision, they can,” said CDC Director Dr. Rochelle Walensky.

All children, including those who have already had COVID-19, should get vaccinated, Walensky said.

The two vaccines are lower-dose versions of the mRNA vaccines that have already gone into the arms of 22 million older kids across the United States.

The one from Moderna is for children ages 6 months to 5 years. It consists of two shots — each containing one-quarter the dose for adults — administered four to eight weeks apart. Those with compromised immune systems would get a third shot to complete the series.

The vaccine from Pfizer and BioNTech is for children 6 months to 4 years and contains one-tenth the dose used in the adult version. The first two doses are administered three to eight weeks apart, and a third dose follows at least eight weeks after the second.

Both vaccines received emergency use authorization Friday from the Food and Drug Administration.

Squat bottles of Moderna vaccine with a blue cap and magenta-ringed label, and of Pfizer-BioNTech vaccine with a maroon cap, are already being distributed across the country. They will be available at thousands of pediatric practices, pharmacies, local health departments, and public and private clinics next week.

The California Department of Public Health said the shots would be available here after the Western States Scientific Safety Review Workgroup, a coalition of public health experts from California, Nevada, Oregon and Washington, conducts its own review. Vaccinations could begin in Los Angeles County as soon as Tuesday, said Barbara Ferrer, the county’s public health director.

In the 18 months since the first COVID-19 vaccines were authorized for adults, the coronavirus has become more adept at circumventing the protection offered by the shots. The CDC’s vaccine advisors acknowledged that the Omicron variant in particular has whittled away the once-impressive vaccine effectiveness for people of all ages but unanimously endorsed the new shots anyway.

During two days of meetings, they welcomed evidence that in young children, the vaccines will likely reduce the risk of COVID-19 symptoms by somewhere between 30 and 60%.

“We cannot let the perfect be the enemy of the good,” said Dr. Oliver Brooks, chief healthcare officer of the Watts Medical Corp. in Los Angeles and a member of the CDC’s Advisory Committee on Immunization Practices. “That’s the bottom line.”

Despite having more time and larger cohorts in which to study the shots, the vaccine efficacy data that emerged from clinical trials were in some cases incomplete.

That’s because declines in the virus’ circulation, the mildness of most COVID-19 cases caused by Omicron, and the fact that severe illness is rare in children made it difficult to establish vaccine efficacy with precision.

In the end, the CDC’ advisors relied heavily on a technique called “immunobridging” to satisfy themselves that the vaccines would provide effective protection. Immunobridging compares the vaccine-induced antibody responses of the group in question (in this case young children) to that seen in other groups (including older children and adults) in which the vaccine has been shown to be protective.

The vaccines’ safety was established in nearly 8,000 young children. None died, and serious adverse events, including high fever, were very rare. Soreness at the injection site, as well as fever and irritability were common, but rarely lasted more than a day.

The companies employed low doses to reduce the risk of side effects. In the case of the Pfizer-BioNTech vaccine, that meant two doses were not enough. Confidence in the safety of the third shot was limited by the small number of children who got it in clinical trials, and by brief follow-up. But CDC staffers said that the experiences of children getting it will be closely monitored in post-marketing studies, and urged parents to enroll in surveillance efforts to gain greater clarity on children’s reactions.

“I feel comfortable that vaccinating will be a net benefit” to the well-being of the nation’s young children,” Brooks said. “We’ve taken a major step forward today.”

Drexel University pediatrician Dr. Sarah S. Long, an advisory committee member, said she was gratified to have saved several lives in her decades of tending to children’s health. But she said her vote to recommend the vaccines for the nation’s youngest children felt more consequential.

With her vote, she said, “I have the ability to save more lives than I have over my career,” Long said.

All told, some 2.5 million children between 6 months and 5 years have tested positive for coronavirus infections since the start of the pandemic, resulting in more than 20,000 hospitalizations, 202 deaths, and potential exposure to the unknown effects of long COVID.

In late January, as the Omicron variant swept across the country, COVID-19 hospitalization rates for the youngest children escalated sharply; nearly a quarter of those children had to be admitted to an intensive care unit. Without access to vaccines, it appeared they were bearing a heavier burden than were older children.

By April 2022, 71% of children between 6 months and 5 had at some point been infected, CDC staffers told the agency’s advisors. Without supplementary vaccination, they stressed, such natural immunity has been shown to provide weak protection against reinfection and severe disease caused by new strains of the Omicron variant.

The coronavirus is “still a major public health concern,” Dr. Daniel McQuillen, president of Infectious Diseases Society of American, and vaccinating young children will “improve overall immunity to the virus in the community.”

“This is a significant public health milestone,” he added.

After the CDC action, the American Academy of Pediatrics updated its childhood vaccine recommendations to include COVID-19 vaccine for all babies and children older than 6 months.

It’s likely to be a tough sell. Only 18% of parents of young children have told pollsters they would immunize their child as soon as a vaccine was made available for his or her age group. More than half have said they would need more information before doing so.

As the urgency of the pandemic recedes, many parents have questioned the need to vaccinate their children, especially since COVID-19’s toll has fallen more lightly on kids than on older people. Although the safety of the vaccines in older children has been “very reassuring,” according to CDC briefings, many do not believe any risk is worth taking.

“Our work is cut out for us,” said Dr. Yvonne Maldonado, who represents the academy on the CDC advisory committee.

There’s work to be done for older children too. While more than 23 million children ages 5 to 17 had received two doses of COVID vaccine by mid-June, 26 million others in this age group have yet to receive any.

Walensky urged parents and caregivers with concerns to “talk to their doctor, nurse, or local pharmacist to learn more about the benefits of vaccinations and the importance of protecting their children by getting them vaccinated.”

Dr. Moira Szilagyi, president of the AAP, said pediatricians “are ready to have these conversations, and parents and caregivers should feel comfortable bringing their questions to their trusted pediatrician.” 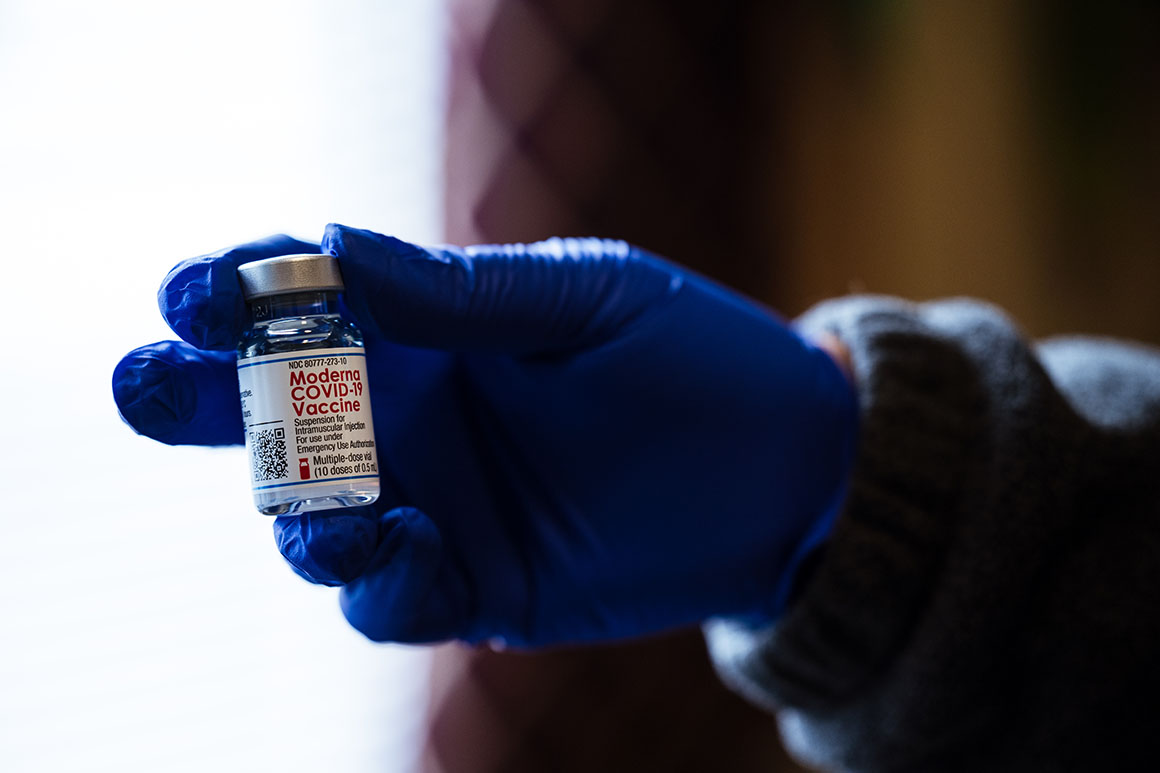