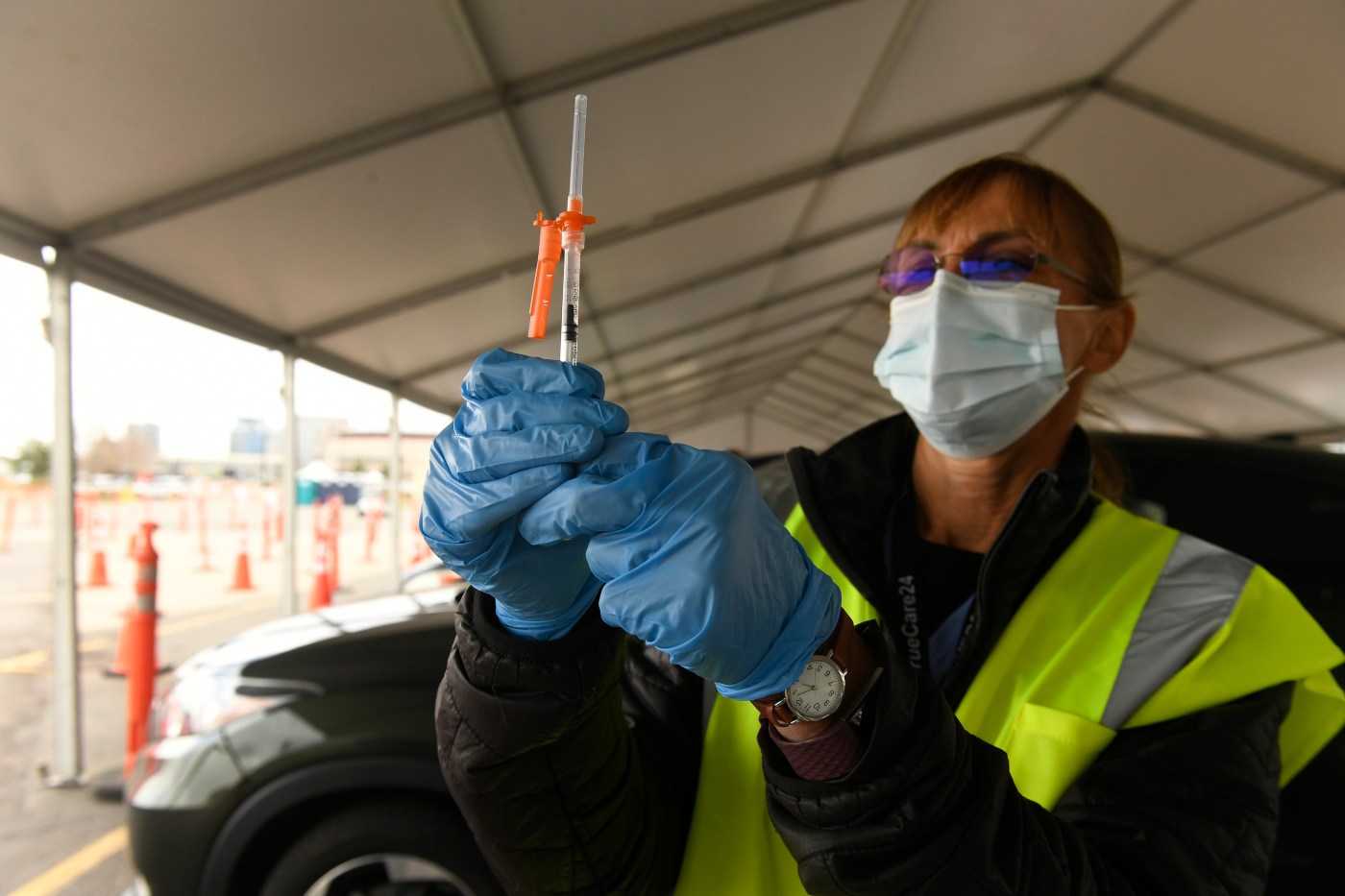 COVID-19 outbreaks are growing in Mesa County nursing homes and more people who’ve been at least partly vaccinated are getting sick enough across Colorado to be hospitalized as the more-contagious delta variant of the virus continues spreading.

While the Western Slope has been hit hardest, the variant originally identified in India already is moving across the state, accounting for three-quarters of new COVID-19 cases where the subtype is known.

A team from the Centers for Disease Control and Prevention arrived in Mesa County this week to investigate the spread of the delta variant. In a news release, state epidemiologist Dr. Rachel Herlihy said the state had requested the help from the CDC to learn “how and why” the delta variant was spreading in western Colorado.

She noted that the state had called on the CDC because of high hospitalization rates, following several nursing home outbreaks that included “breakthrough” cases, where vaccinated people were infected.

Mesa County came close to running out of hospital beds in recent weeks.

During the week ending June 12, more than 90% of people hospitalized statewide with a confirmed case of COVID-19 — some of whom may have sought care for another reason — hadn’t received a dose of the vaccine, according to the Colorado Department of Public Health and Environment.

That shows the odds of getting sick are significantly lower after vaccination, but it also suggests a higher rate of severe breakthrough cases than the state was seeing a few weeks ago.

Fewer than 2% of Colorado’s confirmed COVID-19 cases between mid-January and early June were in people who were fully vaccinated, and most of those had mild symptoms that didn’t require hospitalization, according to the state health department.

Data from the United Kingdom suggests the Pfizer vaccine is slightly less effective against the delta variant than it was against previous versions of the virus, with significantly less protection for people who have only received one dose. Little data is available about the Moderna and Johnson & Johnson vaccines, which aren’t widely used in the U.K.

The state also announced that nursing homes and other long-term care facilities in counties where the delta variant is spreading will have to test all unvaccinated residents and staff using a highly reliable test that looks for the virus’s genetic material twice weekly. Unvaccinated staff also will have to take a slightly less-accurate rapid test before beginning each shift.

The delta variant now accounts for the majority of cases in Colorado and has been found in 28 counties. It’s about 50% more contagious than the alpha variant, which previously dominated in Colorado and was itself more contagious than the original version of the virus. Early data from Scotland suggests people infected with delta were more likely to be hospitalized than those who had alpha, but scientists are still trying to verify that.

As of Tuesday afternoon, the state had identified 534 cases of the delta variant in Colorado, with more than half found in Mesa County. The state doesn’t run complex genetic analysis on every positive COVID-19 test, though, so the actual number of delta infections may be higher.

The counties with the most confirmed cases of the delta variant as of Tuesday were:

The Colorado Department of Public Health and Environment’s dashboard showed about 75% of statewide virus samples sequenced in the week of June 13 contained the delta variant.

Nationwide, the delta variant accounts for about one in five cases, according to The New York Times. A week ago, it was responsible for one in 10 cases across the country.

Herlihy, Gov. Jared Polis and other health officials also traveled to Grand Junction on Tuesday to meet with local leaders about the variant. One of the state’s vaccine buses set up at the Cattlemen’s Association Annual Convention, but it’s not clear how many people took the chance to get the shot.

“Getting fully vaccinated is the best protection against COVID-19, including the delta variant,” Herlihy said in a news release.

Red Rocks Is Officially All the Way Back

After closing one beloved dinner spot, these Denver restaurateurs are going bigger

Matt Damon on what the pandemic has taught him