Carlos Ghosn has said he would receive a “fair trial” in France after being issued an arrest warrant in the latest of a string of charges brought against the disgraced former auto executive.

Speaking to CNBC Friday in Beirut, Ghosn said he trusted the French justice system to treat him correctly, even if he did not receive the same treatment from the media and wider society.

“I think yes, I can get a fair trial,” he told CNBC’s Hadley Gamble.

“I will not get fair treatment, but I will get a fair trial,” he said, citing the media’s apparently disproportionate coverage of lavish parties and excessive spending during his tenure as an auto CEO.

French authorities on Thursday issued an international arrest warrant for the former Renault-Nissan executive who famously skipped bail in Japan and fled to Lebanon in a box.

The warrant relates to an investigation into allegations of 15 million euros ($16.2 million) in suspicious payments between Renault and an Omani car dealership during Ghosn’s tenure. The allegations involve misappropriation of company assets, corruption and money laundering.

Four others, including current owners or former directors of Suhail Bahwan Automobiles, were also issued with arrest warrants.

It is the latest in a series of accusations brought against the ex-car industry supremo, who was first arrested in Japan in November 2018 and charged with multiple financial misdeeds while running Nissan. Ghosn denies all charges.

Ghosn said Friday that he was not surprised by the arrest warrant, describing it as part of the “natural process” for French investigators. However, he said he was surprised to learn about it, not from authorities, but in a newspaper.

“What surprised me is the fact that I learned about it by reading in an American newspaper,” he said, referring to the Wall Street Journal, which broke the news Thursday.

Ghosn added that the timing of the warrant was “suspicious,” given the forthcoming French presidential elections this Sunday.

Both President Emmanuel Macron and his far-right rival Marine Le Pen have taken tough stances on CEO pay in the lead up to Sunday’s presidential run-off as public scrutiny over the remuneration of France’s top bosses intensifies. The French government is also the largest shareholder of Renault.

When asked about the timing of the arrest warrant, he said he could not speculate.

“I don’t know. I can’t speculate on that. Frankly, the timing is more than suspicious. You know, why do you want to do it today? Why do it Friday? Why can’t you do it Monday, I mean? This is something which has been lasting for years,” he said.

Spokespersons for the French justice ministry, the French government and the judicial court of Nanterre —which is heading the investigation — were not immediately available when contacted by CNBC for comment.

Nonetheless, Ghosn he said he expects any hearing to be independent, regardless of who wins.

“Fortunately in France, justice is somehow independent of the political power, which obviously is not the case in Japan,” he said. Ghosn has repeatedly criticized the Japanese legal system as it continues to pursue him for alleged financial misdemeanors during his time at the helm of Nissan.

Japanese officials, meanwhile, have refuted Ghosn’s claims, defending the country’s justice system as “fair and open.” Japan’s Ministry of Justice published a 3,000-word article in 2020 outlining questions and answers about its treatment of criminals. A spokesperson for the Japanese justice ministry was not immediately available when contacted by CNBC for comment.

Ghosn’s spokesperson said earlier Friday that he would be happy to stand trial in France to clear his name. Still, the feasibility of that remains in doubt.

Ghosn is barred from leaving Lebanon as he is still subject to an extradition request from Japan. Though that request is unlikely to be approved, his passport is currently held by Lebanese authorities.

The Brazil-born auto titan was raised in Beirut and is a citizen of Brazil, France and Lebanon.
As a Lebanese citizen, he’s protected from extradition. 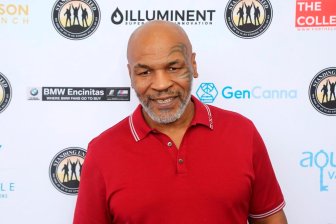