Powerful blasts rocked the outskirts of Ukraine’s capital and reverberated near the main city in the country’s west on Saturday as Ukraine braced for expected reprisal attacks fueled by Russia’s fury over the loss of the flagship of its Black Sea fleet.

Meanwhile, what was likely a final struggle for control was playing out in Mariupol, the strategic southern port city that has been the scene of relentless Russian attacks during the seven-week war. Ukrainian officials deny the city has fallen, but its last defenders appeared to be holed up and dwindling in numbers amid a desperate fight.

In Ukraine’s east, Russia pushed ahead with a buildup of troops and military materiel in advance of an expected major offensive, while continuing to rain indiscriminate-seeming shellfire on towns and cities that Ukrainian officials have urged civilians to flee.

Ukraine has been girding itself for the battle in the east for weeks. In recent days, flatbed trucks carrying tanks as well as convoys of military vehicles have become a more common sight on the streets of the eastern town of Kramatorsk, many of them heading farther eastward into the Donbas region.

Strikes hammered targets across the east. Russia’s military claimed to have wrecked a military repair facility in the city of Mykolaiv, near the Black Sea, and to have downed a Ukrainian aircraft in the Kharkiv region, in the northeast.

Overnight bombardment in Severodonetsk cut a central gas pipeline to the eastern city, which also lacks water, the regional governor said Saturday. Infrastructure losses like this one have contributed to a dire humanitarian situation in many towns and cities, a key reason why about one in four Ukrainians is displaced.

Near the western city of Lviv, which has been a relatively safe haven for much of the war, explosions Saturday were blamed on an attack originating on the territory of Russia’s ally Belarus, the regional governor, Maksym Kozytskyy, said on the Telegram messaging app.

In the capital Kyiv, Mayor Vitali Klitschko reported that rescuers and medics were dispatched to the site of a blast in the eastern outskirts. Russia’s defense ministry was quoted by the Interfax news agency as saying a strike hit an armored vehicle plant on the capital’s edge.

After weeks of relative calm in the capital, Klitschko appealed to the city’s residents to not ignore air-raid sirens. The mayor also sought to discourage those who fled when Kyiv was under Russian attack from returning home — especially to suburbs and satellite towns where investigators have unearthed evidence of mass atrocities against civilians during Russia’s monthlong occupation.

The Russians left behind a landscape littered with mines and booby traps, and Ukrainian officials have tallied at least 900 deaths, nearly all civilians.

Military casualties mounted as well. Ukrainian President Volodymyr Zelensky, speaking on CNN, said Ukraine’s combat fatalities were far outnumbered by losses suffered by Russia. He said between 2,500 and 3,000 Ukrainian troops have died while Moscow has lost 19,000 to 20,000 troops.

With Russia vowing stepped-up strikes on Kyiv — even while continuing to deny that Ukrainian missiles were responsible for the sinking of its mammoth missile cruiser Moskva on Thursday — Ukrainians rejoiced over yet another underdog win, but with the grim expectation that Moscow would seek maximum vengeance over such a symbolic loss.

Named for the capital, the Moskva was a source of national pride in Russia. Russian officials claimed the ship accidentally caught fire, causing a damaging munitions explosion, and then sank in stormy seas while being towed to port.

Western military officials, however, support Ukraine’s version of events, saying the vessel was believed struck by two Ukrainian-made Neptune missiles. Ukraine says the attack killed the ship’s captain, and the fate of much of the 500-member crew remains unknown.

Despite the loss of the ship, Ukraine’s military said Saturday that Russian naval vessels in the Black Sea still posed a major menace, with the likelihood that sea-launched missiles would be used to pummel key armament plants. The Russian navy is active, too, in the siege of Mariupol, the military said.

Russia is intent on capturing the city, which sits on the Sea of Azov, to enable Moscow to create a land corridor between Russian-held eastern territories and the Crimean peninsula, which it seized eight years ago.

A bustling metropolis of more than 400,000 before the war, Mariupol is now a ruined ghost town, the scene of some of the war’s most harrowing suffering. Tens of thousands of civilians have been unable to leave and thousands have died.

In his overnight address to the nation, Zelensky depicted a “very difficult” military picture for Ukraine in the south and east, even while praising his forces’ fortitude.

“The successes of our military on the battlefield are really significant, historically significant, but they are still not enough,” he said, again appealing for more heavy weaponry from Western allies.

The Ukrainian leader again implored countries that truly want to help Ukraine to turn off the spigot of Russian oil — a dramatic step that Europe has been reluctant to take, though it has made some tentative moves toward an oil import ban.

“In general, the democratic world must accept that Russia’s money for energy resources is in fact money for the destruction of democracy,” the president said.

The White House, asked Friday about reports that Zelensky is pressing President Biden to declare Russia a state sponsor of terrorism, said the U.S. is considering a full range of options to put pressure on Russian President Vladimir Putin.

It is only a little over three more weeks until Victory Day, the May 9 holiday in Russia that marks the then-Soviet Union’s triumph, at terrible cost, over the Nazis. Many analysts believe that Putin is determined to have some military win in Ukraine to point to by then, no matter the cost and scope of the brutality to achieve it.

After Russia failed to seize Kyiv in the war’s initial weeks, Putin announced a scaled-back goal of “helping” Russian speakers in the eastern industrial Donbas region, part of which is already held by Russia-backed separatists. That is interpreted as meaning Russia aims to seize the remainder of the regions of Luhansk and Donetsk, which contain a number of major cities and towns.

There were nine agreed-upon humanitarian corridors available Saturday out of the eastern battle zone, Ukrainian officials said, but the journey out is always perilous, and many people are reluctant to leave their homes despite the danger of staying.

In Kramatorsk, a city in Luhansk where a devastating Russian strike on a train station filled with would-be evacuees killed some 60 people April 8, departures have slowed to a trickle.

On Saturday, only two buses were set to leave Kramatorsk’s bus station, and by late morning, only a handful of people had arrived to begin the journey westward.

Bulos reported from Kramatorsk and King from Warsaw.

Crypto bosses say the ‘tide is turning’ on regulation 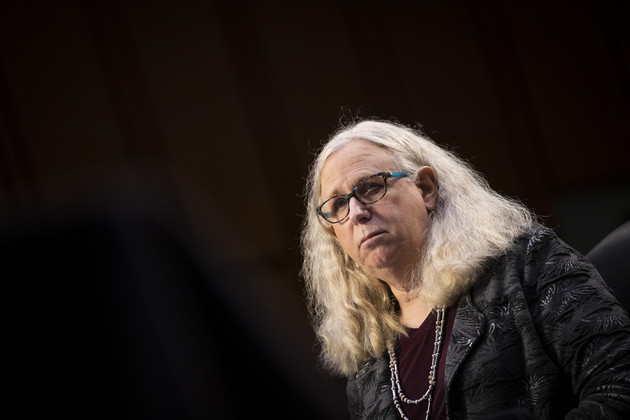