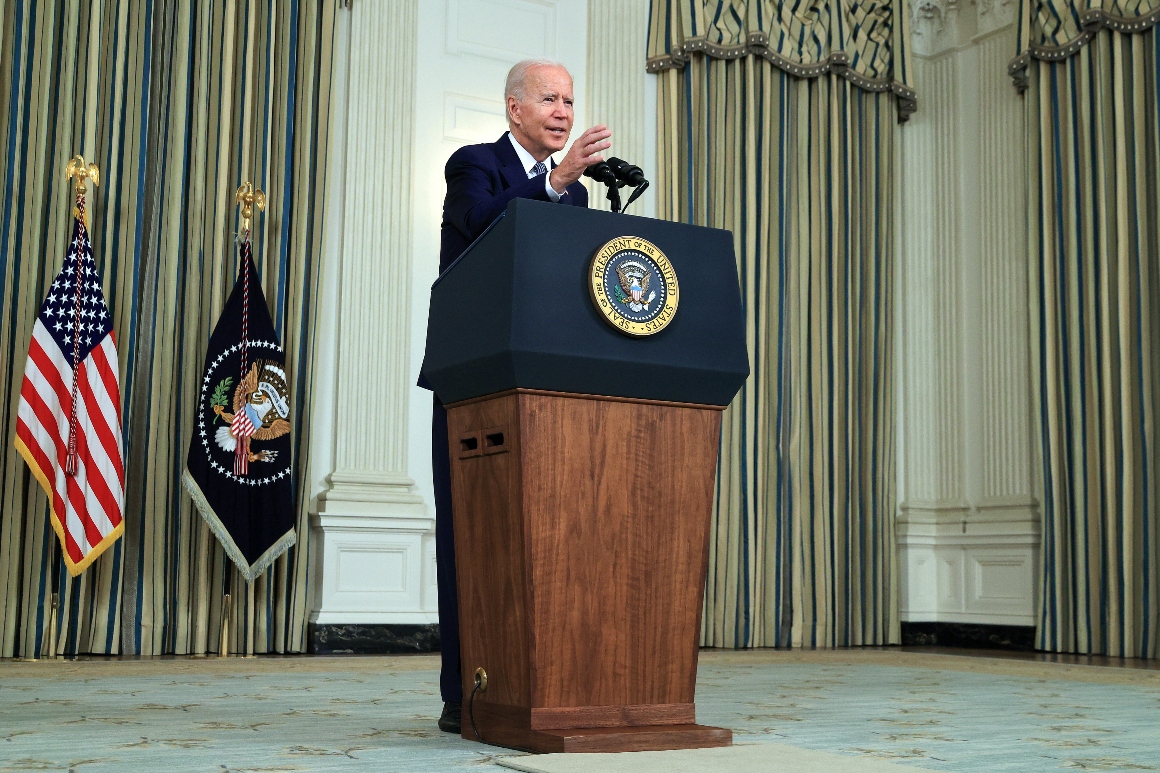 President Joe Biden’s budget office is calling for more than $14 billion to address disaster aid needs prior to Hurricane Ida, which just ravaged the Louisiana coastline and caused massive flooding throughout the northeast. Administration officials expect Ida alone to necessitate at least $10 billion in disaster funding across a variety of programs, leaving it to lawmakers to fully assess the need. The White House is also asking for $6.4 billion in funding for the Pentagon, the State Department and the Department of Health and Human Services to help Afghan allies and partners settle in the United States and eventually pursue citizenship.

Top Democrats have yet to decide when the stopgap spending bill should expire — a date that could tee up yet another major fiscal standoff — and Biden administration officials declined to specify a preferred date. An administration official also said the White House fully expects Congress will “act promptly” to address the debt limit, as lawmakers did during the Trump administration, despite snubs from top Republicans amid Democrats’ massive spending ambitions.

Democrats decided to forgo language in their $3.5 trillion social spending package to raise that limit, with the Treasury Department expected to run out of money later this fall.

Administration officials are preparing a list of funding requests for lawmakers, known as anomalies. Also included on that list is money to help the Bureau of Reclamation carry out drought response, in addition to funds to bolster the capacity of the National Suicide Prevention Lifeline, administration officials said.

The hurricane aid, in particular, is an overture to Louisiana Republicans like Sens. John Neely Kennedy (R-La.), Bill Cassidy (R-La.) and Rep. Steve Scalise (R-La.), who have been calling for a significant infusion of community development funds to help the state after it was hammered by six storms in the last year. The administration’s appeal for additional cash also comes after Biden approved an expedited disaster declaration submitted by New York Gov. Kathy Hochul, with the state grappling with damage and flooding caused by Hurricane Ida.

“A short-term [continuing resolution] is necessary not only to provide Congress additional time to pass full-year appropriations bills that make bold, forward-looking investments in our future, but also to address the specific, urgent needs facing our country right now,” acting OMB Director Shalanda Young wrote in a blog post on Tuesday.