Seven years ago, Alice Lake got her dream job — teaching ethnic studies at Berkeley High. But this year will be Lake’s last. She’s leaving the school, not because she wants to, but because it’s too expensive for her to live the life she wants in Berkeley.

“I’m still in denial now about the fact that I’m going to turn my back on this job that I set my sights on when I was 22,” she said.

She loves her job, but after living with housemates her entire adult life, Lake is ready to have a place for just her and her family. And she sees no way to do that and save money while continuing to teach in Berkeley.

“My partner and I aspire to one day own a home,” she said. “We are not on track to be able to do that as public school teachers in the East Bay.”

This summer, Lake plans to move to Hong Kong, where she and her husband, who is a teacher in Oakland, will work at an international school that pays teachers just under six-figures and provides a housing subsidy. (Last year, the Berkeley Unified School District approved a site to build affordable housing for district employees, but it will be years before anyone can move in.)

Lake is one of a number of teachers who walk away from BUSD each year, many citing the high cost of living. Others are leaving the profession altogether.

School districts typically report how many teachers they hire each year, not how many leave — it’s not a perfect equivalent, but close enough. Over the last five years, BUSD has hired 87 new certificated staff on average. But the need for new teachers rose dramatically in fall 2021, a year and a half into the pandemic; Berkeley Unified hired 124 new certificated staff, consistent with a turnover rate of about 14%. (There are approximately 850 certificated teachers in BUSD.)

It’s too soon to say how many teachers will leave BUSD this year. As of publication, there are 90 job vacancies posted on the district’s hiring website. Matt Meyer, president of Berkeley’s teachers union, said he expects turnover to remain high.

“There are many retirements and separations already, with many still coming in,” said Meyer, adding that three teachers quit mid-year, which he said was previously almost unheard of. Half of the district’s physics teachers will be new next year, and there will be multiple math jobs opening as well.

Nationwide, the entire teaching profession is in a crunch. Student mental health has been in a crisis exacerbated by the pandemic, and some teachers are also struggling after a difficult year in the classroom. In February, over half of teachers surveyed by the National Education Association said they were considering leaving teaching early paired with a sharp increase in the number of teacher retirements last year.

BUSD has taken significant steps to keep teachers in Berkeley. At the top of the list is putting forward Measure E, a parcel tax intended to recruit and retain teachers, which passed with 80.5% of the vote in March 2020.

The measure, which brings in roughly $10 million per year, gave teachers a salary increase of about $3,000 to $6,500 starting in 2020-21, depending on the teacher’s prior salary, according to the district’s annual report on the measure. That’s in addition to a 2.5% raise two years ago and a 3.5% one-time pandemic bonus paid for by COVID-19 relief funds. Much of this was won by teachers in a fight for salary increases in 2019.

In 2020-21, the average Berkeley Unified teacher earned $87,269, a 9.5% increase from the previous year, according to a report by the California Department of Education.

But despite these increases, Berkeley still has lower average, maximum and starting salaries than most Bay Area school districts, according to the Department of Education report. The average teacher in Hayward made $100,338; in San Leandro, $94,964.

“Even with the generous support of Berkeley taxpayers, we are still in the bottom third for compensation in Alameda County. Without the tax measure, we would be last,” Meyer said at a board meeting April 27.

Meyer pointed out that the salaries listed on the state reports don’t include benefits. He said some of the higher paying districts in the county don’t pay much in the way of health care, while others, like Oakland Unified, cover health care costs entirely, but he said BUSD remains in the bottom third when you take benefits into account.

At the bottom of the pay scale, a first-year high school teacher with a bachelor’s degree and a teaching credential would have earned $58,880 this year. On the highest end, a teacher with 23 years of experience, a master’s degree, and 12 or more additional college-level courses would have earned $103,069, according to district pay guidelines. A handful of teachers work more than a full-time schedule and earn above the top step.

Teachers also have retirement and health care benefits. For each employee, the district contributes between $5,825 and $14,545 annually to health care costs, and teachers pay an additional $4,459 to $12,195 for their health care premiums.

In 2017, a BUSD survey found that only 30% of employees live in Berkeley and 54% of surveyed staff who rent had considered leaving due to the high cost of living. It also found that 42% of surveyed staff owned a home, and for them, the financial pressures were far lower. In 2020, Oakland Unified found similar results — about half said low salaries and the high cost of living made them want to leave the district.

Last year, Lake’s salary rose to nearly $90,000 after she got a master’s degree and the Measure E pay hike kicked in. She’s happy with her salary — she said she never thought she’d earn that much — but between paying off student loans, helping out family, and paying her monthly rent, saving enough for a downpayment is out of the question.

With inflation at 8.5% in the last year nationwide and rents shooting up in the Bay Area, will the increases to teacher pay in Berkeley be enough?

The teachers union is currently negotiating its salary and benefits with the district for the upcoming school year.

“We are looking at the inflation rate wondering, ‘How much of a pay cut will we be taking next year? And how long will we stay here?’” Meyer told school board directors during a board meeting April 27.

Finding and keeping teachers of color

The parcel tax also aims to help BUSD recruit and retain teachers of color, a problem that has been repeatedly brought before the school board for the past five years.

This year, BUSD is taking steps to improve its hiring practices. Historically, BUSD has been “late to post, slow to interview and even slower to hire,” said Spencer Pritchard, head of Berkeley High’s African American Studies Department and a leader of the union’s Teachers of Color Network. It’s a complaint that’s been brought to the school board time and again over the last five years.

But this year, in an effort to pull from a larger pool of candidates, especially teachers of color, BUSD moved its hiring process up several weeks before spring break. Much of the effort is spearheaded by Cat Cabral, who manages the district’s recruitment and retention work.

The district is also working with the Alameda County Office of Education to get student teachers in the classroom through the county’s teacher training program — the hope is that the new teachers will commit to working in the district after getting their master’s degree and student teaching in the district. And BUSD hosted a hiring fair in March, attended by 40 potential candidates, and plans to host another one specifically for special education teachers.

A problem that goes beyond BUSD

It will take time to judge the impact of these measures toward solving a problem that many see as bigger than BUSD.

Meyer pointed to the funding formula in California, which ranks toward the bottom of all states nationwide in school funding.

Pritchard said there’s “a deeper issue around teachers of color entering education” and teachers staying in the profession in general. “But at Berkeley High,” he said, “I think our leadership demonstrates that anti-racism is a priority, and that helps.”

Lake hopes to one day return to BUSD, but she said whether she will be able to do so will depend on the affordability of the region as a whole as much as it does on teacher salaries. For now, though, she said it remains hard to work in a public service profession “and still have a future in this community.” 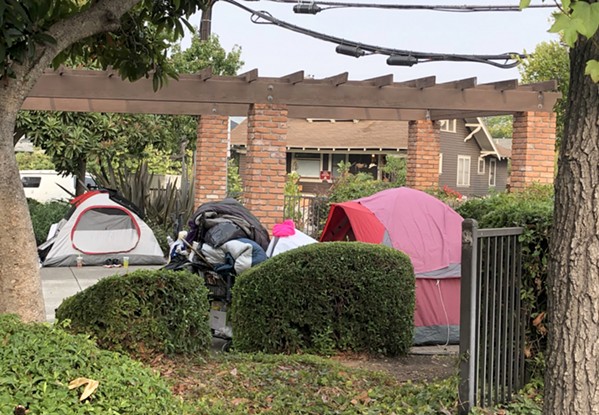