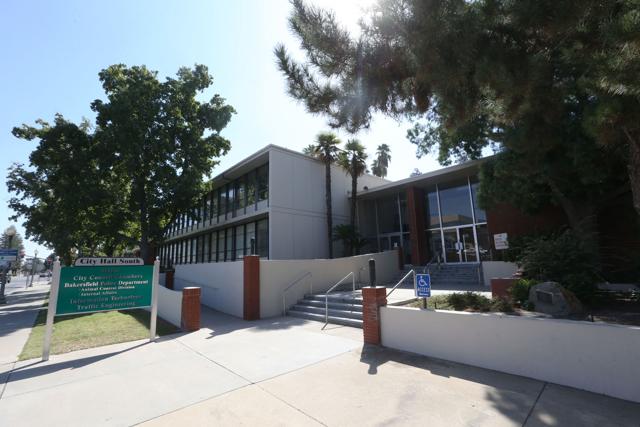 Weeks after the Kern County Board of Supervisors approved $3,000 payments for staff who worked during the coronavirus pandemic, employees of the city of Bakersfield are pushing for their own bonuses.

A group of workers showed up to the Bakersfield City Council meeting on Wednesday to demonstrate in favor of the bonuses. Service Employees International Union Local 521 is in the midst of renegotiating parts of its contract with the city, and any premium pay could be a factor in discussions.

“Our pay has been stagnant, and some employees that work in the city of Bakersfield have a second job. For them to be above water, that’s what they have to do unfortunately,” said SEIU member and Senior Code Enforcement Officer Ignacio Morales. “Here’s a chance for our leaders, our City Council members, to basically show us appreciation, not just tell us, ‘hey thank you for your job, good job, we appreciate your job.’ Here’s a chance for them to do something.”

In late August, county supervisors designated $22 million in premium pay to more than 7,000 county employees who were hired before July 1. The allocation was paid for with funds from the American Rescue Plan Act, a $1.9 million federal stimulus package that released $174.8 million to the county.

Other cities have also paid extra to employees who worked during the pandemic, raising the pressure on Bakersfield to do the same. The city received $94.5 million from the plan, and city employees hope a portion can be devoted to bonuses for working during the pandemic.

“Obviously this pandemic has been a major impact to all of us,” Morales said, adding that city employees were still becoming sick with COVID-19. “We, as employees, understand the circumstances, and we’re doing our best to be safe out there.”

The city and SEIU have begun negotiations as part of a reopener, a provision which allows either party to adjust certain aspects of their contract before the term expires.

The process could be an avenue for the city to allocate bonuses to its employees.

In an email to The Californian, city spokesman Joe Conroy declined to comment on the potential of pandemic bonuses due to the confidentiality of the ongoing negotiations, and councilmembers did not comment on the workers’ demonstration on Wednesday.

Still, Bakersfield’s website says the city is examining the use of ARPA funds for premium pay, in addition to a range of other endeavors.

“The City of Bakersfield recognizes the important role that the SLFRF allocation will have on the community’s recovery from the COVID-19 pandemic as well addressing significant needs of its underserved population,” a City Manager’s Office report on ARPA funds said, using an alternate acronym for the funding source. “The city will be establishing a number of programs intended to address the recovery from the pandemic, especially related to the disproportionate impact it has had on disadvantaged communities.”

The U.S. Treasury has released an interim ruling saying ARPA money can be spent on premium pay for essential workers. A final ruling is expected soon.

As of Aug. 31, the city has only spent around $5.2 million of the funding on payroll costs for public safety personnel responding to COVID-19, according to the report.

Bakersfield has until 2024 to allocate the funds, which must be spent by 2026.

After Winning Recall Election, Newsom Says “Let’s Get Back to Work”

Texas doctor admits to defying the state's near ban on abortion, is sued under new law