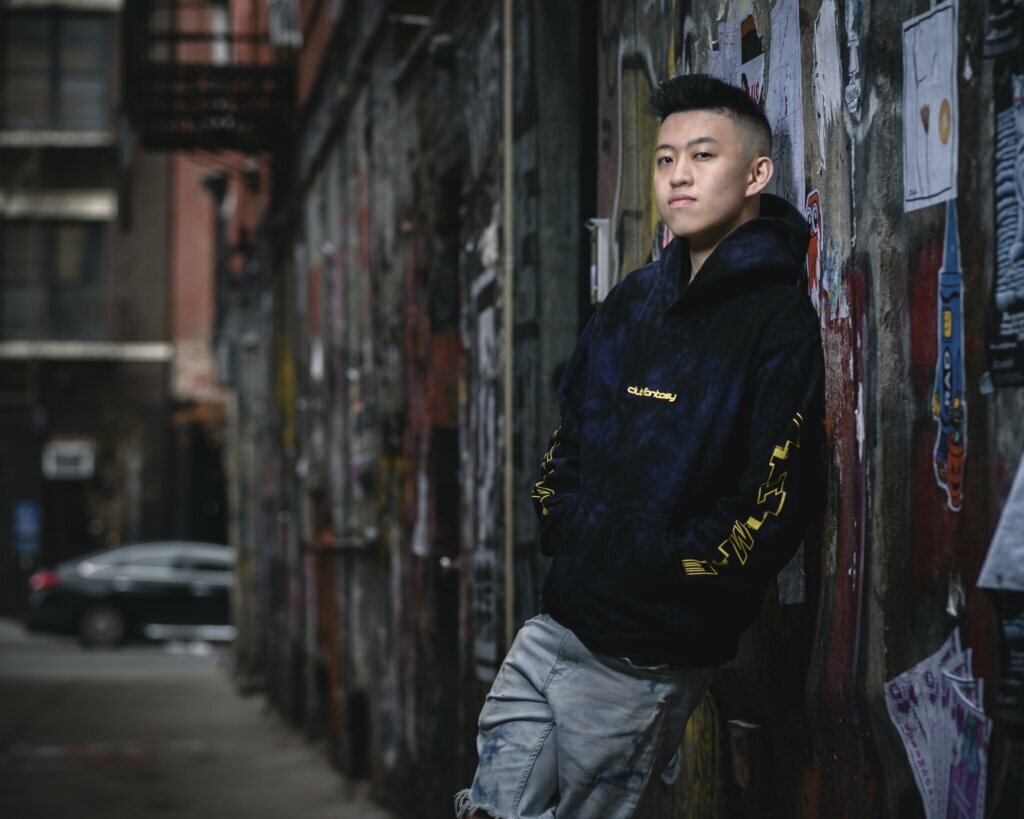 When Brian Imanuel was a budding teen rapper in Jakarta, Indonesia, he wanted a rap name that would go well…

When Brian Imanuel was a budding teen rapper in Jakarta, Indonesia, he wanted a rap name that would go well with a song that he was putting out on SoundCloud.

He felt his own name, Brian Imanuel Soewarno, was too long, but a suggestion by his friend caught his eye: “Rich Chigga.”

As Rich Chigga — a portmanteau of Chinese and a racial slur — he would score a hit and become a viral sensation with the song “Dat $tick,” garnering millions of plays on platforms like SoundCloud and YouTube and support from rap luminaries like Ghostface Killah. But with his name, lyrics that included the N-word and an accompanying video that played on gangsta rap stereotypes, he also drew some anger.

“When you start your music video with a parody of hip-hop culture, caricaturing black people, it’s not gonna go over well,” Salima Koroma, director of “Bad Rap,” a documentary about Asian-American rappers, said.

“There were a lot of people that I feel like didn’t even want to listen to the music just because of the name,” Imanuel recounted to The Associated Press during an interview at a studio in Los Angeles.

Today, the 20-year-old goes by the name Rich Brian and is showing that he not only has a genuine love for hip-hop culture, but also that he belongs. He became the first Asian rapper to top the iTunes hip-hop chart in 2018 with his album “Amen,” with guest appearances by the likes of Offset and others, and with last year’s “Sailor,” collaborated with RZA and other key names in hip-hop.

This month, he released a new song, “Bali,” and is hoping to grow his momentum, though planned performances at major festivals like Coachella have been put on hold after concerts were shut down because of the coronavirus pandemic.

“I’m very inspired by this (hip-hop), and this is what makes me happy,” he said. “I listened to hip-hop so much … I feel like this is as long as you know, you pay homage to it, and you know, as long as you respect it, it’s like, I think it’s cool to show that appreciation.”

Since his first viral hit in 2016, Imanuel has racked up billions of views on YouTube, and released two studio albums. “Sailor” debuted at the No. 62 spot on the Billboard 200 albums chart last year.

Immanuel isn’t huge in the United States, but he’s making inroads. He spends a lot of time in Los Angeles, thanks to Sean Miyashiro, the founder of the Asian-centric label 88rising. The Los Angeles native flew Immanuel to the United States, getting permission from the rapper’s parents, after seeing “Dat $tick” and becoming mesmerized.

“The look was crazy. And he could rap,” Miyashiro, a former concert promoter, told Associated Press.

But Miyashiro knew Immanuel had several obstacles to finding success here, chief among them his problematic rap name and the claims of cultural appropriation that dogged him.

He’s not the only Asian star to face such accusations — K-pop bands like Big Bang and Chinese artist Kris Wu are among many. Even Awkwafina, the Asian-American star who started off as a rapper before finding success as an actress in “Crazy Rich Asians” and last year’s acclaimed “Farewell,” has been criticized for speaking in “blaccent” and acting with exaggerated mannerisms that some feel play black stereotypes.

Hip-hop has been exported all over the world, from Bollywood film to K-pop songs. But Koroma says “hip-hop culture, and by way of association, black culture” often get effaced and misrepresented.

“A lot of Asian rappers do appropriate, to be honest. And there’s a lot of appropriation in back and forth,” Miyashiro said.

Miyashiro added that virtually anyone anywhere can be inspired by hip-hop, but the key is to respect and appreciate the history and message of hip hop. To that end, Immanuel changed his name in 2018 to Rich Brian and apologized for his mistakes on social media.

The growth was made clear on last year’s “Sailor.” Imanuel called it his “personal journey” – with stories of his move across the continent and life away from home.

One of his songs, “Kids,” is an ode to people like himself “who immigrated and left their countries to pursue something better.”

“I feel like I would be too scared to do it. But at the time, I don’t remember being scared,” said Imanuel as he recounted his experience of coming to America without his family. “My dream was just like so big. And I was just following this huge dream that I didn’t have time to be scared.”

Imanuel, who has collaborated with artists ranging from K-pop stars to Chinese and American rappers, said his goal is to focus on the unique side of himself and inspire others to do the same. His message is already engraved on “Kids” – “Tell these Asian kids they could do what they want. Might steal that mic at the Grammys just to say we won. That everyone can make it, don’t matter where you from.”