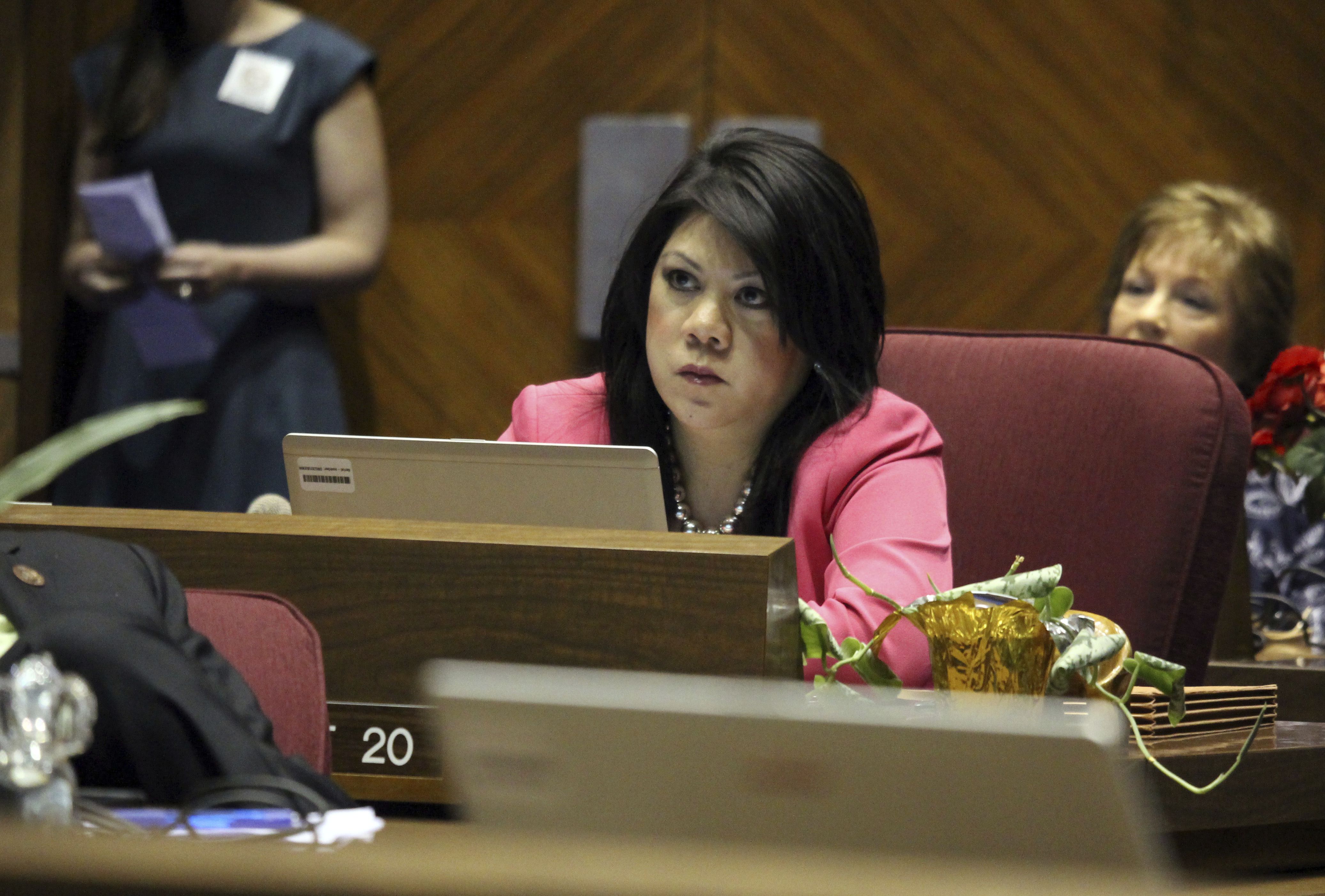 PHOENIX – Arizona has sold off $93 million in Unilever bonds and plans to sell the remaining $50 million it has invested in the global consumer products company over subsidiary Ben & Jerry’s decision to stop selling its ice cream in Israeli-occupied territories, the latest in a series of actions by states with anti-Israel boycott laws.

The investment moves state Treasurer Kimberly Yee announced this week were mandated by a 2019 state law that bars Arizona government agencies from holding investments or doing more than $100,000 in business with any firm that boycotts Israel or its territories.

Arizona appears to be the first of 35 states with anti-boycott laws or regulation to have fully divested itself from Unilever following Ben & Jerry’s actions. Illinois warned the company in July that it had 90 days after its investment board met to change course or it too would sell. Florida and other states have taken similar action, according to IAC For Action, the policy and legislative arm for the Israeli-American Council.

While Ben & Jerry’s, which is based in Vermont, is owned by London-based Unilever, it maintains its own independent board, which Unilever said makes its own decision on its social mission. Ben & Jerry’s announced on July 19 that maintaining its presence in the occupied territories was “inconsistent with our values.”

Ben & Jerry’s decision brought a strong reaction from Israel, which vowed to “act aggressively” in response to the move, including by urging U.S. governors to punish the company under anti-boycott laws. Arizona and 34 other states have laws against boycotts of Israel.

U.S. groups that support Israel are split on whether pushing back on Unilever for Ben & Jerry’s decision is appropriate. The Israeli-American Council urged governors to act through IAC For Action.

IAC for Action Director Joseph Sabag called boycotts of Israel antisemitic and said it is important to fight them at the state level.

“The Israeli American community is sensitive to it, because I would say more than other parts of the Jewish American community, we experienced the national origin aspect of antisemitism in a more pronounced way,” Sabag said Friday. “That’s really why we’re very proactive. It’s our children who are being affected by this in the classrooms and are being made fearful and intimidated and to feel harassed. … That’s definitely what our community’s interest is in the matter.’

But the head of J Street, a Washington, D.C.-based pro-Israel organization that backs a two-state solution, supported Ben & Jerry’s decision and said punishing the company is “gravely dangerous.”

The anti-boycott laws face court challenges, as Arizona’s did after it was first enacted in 2016. A Flagstaff lawyer who contracted to help defend jailed people sued on First Amendment grounds, arguing that the law violated his free speech rights.

A U.S. District judge in Arizona blocked enforcement while the case proceeded, but the Legislature changed the law so it only applied to contracts worth more than $100,000, effectively ending the case because it no longer applied to the Flagstaff man. The state was ordered to pay $115,000 for his attorney fees.

In Arkansas, the publisher of a weekly newspaper sued to block that state’s law on similar grounds. A trial judge dismissed the case, ruling that “a boycott of Israel is neither speech nor inherently expressive conduct” protected by the First Amendment. But a split three-judge panel of the 8th U.S. Circuit Court of Appeals revived the Arkansas Times’ lawsuit in February, finding that “supporting or promoting boycotts of Israel is constitutionally protected … yet the Act requires government contractors to abstain from such constitutionally protected activity.”

The ruling is not the last word: In June, 8th Circuit judges agreed to hear the case and vacated the three-judge panel’s decision. They are set to hear arguments in the case later this month.

Both cases were brought by the American Civil Liberties Union.

Meanwhile in Arizona, Yee wrote to Unilever’s investor relations department on Sept. 2 to tell the company that although Ben & Jerry’s is run independently, Arizona law would require her to sell Unilever assets if the decision was not rescinded.

“I gave Unilever PLC, the parent company of Ben & Jerry’s, an ultimatum: reverse the action of Ben & Jerry’s or divest itself of Ben & Jerry’s to come into compliance with Arizona law or face the consequences,” Yee, a Republican who is running for governor, said in a statement. “They chose the latter.”

Unilever said in an Aug. 2 letter to Deputy Treasurer Mark Swenson that it has never supported boycotts of Israel, commonly called Boycott Divestment Sanctions, or BDS, but that Ben & Jerry’s operates independently. The company had no additional comment.

The Arizona investments were in bonds and commercial paper held in the state’s short-term fixed-income investment fund.

The Arizona law enacted in 201 6 and revised in 2019 had broad, bipartisan support and was signed by Republican Gov. Doug Ducey. He tweeted that the Ben & Jerry’s decision “is discrimination.”

“Arizona will not do business with a company that boycotts Israel — in 2016 and 2019, I signed bills to make sure of it,” the tweet said. “Arizona stands with Israel.”

Banderas skewers his own craft in ‘Official Competition’