Traders work on the floor of the New York Stock Exchange on March 28, 2022, in New York City. Following a positive week for stocks, the Dow Industrial Average was down over 100 points in morning trading.

A key signal of recession flashed in the bond market this week, but SkyBridge Capital’s Anthony Scaramucci told CNBC that he would be cautious on predicting there would be a downturn.

On Monday, the U.S. 5-year and 30-year Treasury yields inverted for the first time since 2006. On Tuesday, the yield spread between the 2-year and the 10-year rate came close to inverting but stayed positive.

Historically, the yield curve has inverted prior to recessions, indicating investors’ concern about the health of the economy.

“So historically it would signal that we’re heading into a recession 12 to 18 months from now, but I will be cautious on that data,” Scaramucci said on CNBC’s “Capital Connection” on Wednesday.

When the bond market is healthy, yields are higher for bonds with a longer time to maturity, and lower for short-term yields. Investors expect a bigger reward for lending their money for a longer time.

But when the opposite occurs — meaning an inverted yield curve — short-term bonds pay a higher yield than long-term ones. That represents a distortion in the market and suggests bond investors are worried about the economy’s long-term prospects.

Scaramucci explained why he wouldn’t be too hasty to predict a recession.

“You’ve got two conflicting things happening at the same time — the ending of the pandemic or at least the lockdown procedures in most of the world. And you’ve got the uncertainty about a cease-fire, potentially, in Ukraine and Russia,” the hedge fund founder said.

“And I think that, that has to abate before we can really look at and analyze the data and determine whether or not it’s consistent with the historical guidance and the indication of recession,” he added.

But Scaramucci said he’s “not quite convinced that there’ll be a recession,” adding that the “economy is booming around the world.”

“So for me, I want to be cautious and I’m still very optimistic about the U.S. economy specifically and the overall stock market,” he said.

Rising inflation, exacerbated by the Russia-Ukraine war, has resulted in increased market nervousness over the potential for an economic slowdown.

But analysts also expect a strong March employment report Friday to show 460,000 jobs were added, according to Dow Jones.

The CNBC Rapid Update — the average of 14 forecasts for the U.S. economy — shows U.S. growth accelerating to 3.5% in the second quarter, from 1.9% in the first. But that second quarter estimate is down 0.8 percentage points from the prior survey. That means the economy is still seen as bouncing back from the omicron wave in 2022, though not as strongly as before, with inflation worsening.

US skeptical of Russia’s claim of Kyiv pullback 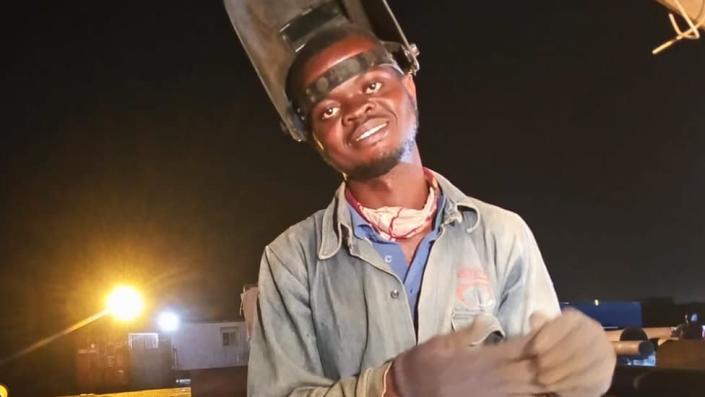 What next for the African students who fled?