For the most part on Tuesday, primary voters in seven states from New Jersey to California showed the limits of the ideological edges of both parties.

A liberal district attorney, Chesa Boudin, was recalled in the most progressive of cities, San Francisco, but conservative candidates carrying the banner of former President Donald J. Trump did not fare well, either.

For all the talk of sweeping away the old order, Tuesday’s primaries largely saw the establishment striking back. Here are some takeaways.

Wracked by pandemic, littered with tent camps, frightened by smash-and-grab robberies and anti-Asian-American hate crimes, voters in two of the most progressive cities sent a message on Tuesday: Restore stability.

In Los Angeles, the nation’s second-largest city, Rick Caruso, a billionaire former Republican who rose to prominence on the city’s police commission, blanketed the city with ads promising to crack down on crime if elected mayor.

His chief opponent, Karen Bass, a veteran Democratic congresswoman, argued that public safety and criminal justice reform were not mutually exclusive, and disappointed some liberal supporters by calling to put more police officers on the street. The two are headed for a November mayoral runoff.

And in San Francisco, voters who were once moved by Chesa Boudin’s plans as district attorney to reduce the number of people sent to prison ran out of patience with seemingly unchecked property crime, violent attacks on elderly residents and open drug use during the pandemic. They recalled him.

Statewide, the Democratic attorney general, Rob Bonta, advanced easily to the general election runoff. Mr. Bonta is a progressive, but was careful to stress that criminal justice reform and public safety were both priorities.

The choices seemed to signal a shift to the center that was likely to reverberate through Democratic politics across the nation. But longtime California political observers said the message was less about ideology than about effective action.

“This is about competence,” said Zev Yaroslavsky, who served in local government in Los Angeles for nearly four decades and is now the director of the Los Angeles Initiative at the Luskin School of Public Affairs at the University of California, Los Angeles.

“People want solutions,” he said. “They don’t give a damn about left or right. It’s the common-sense problem-solving they seem to be missing. Government is supposed to take care of the basics, and the public believes the government hasn’t been doing that.”

In May 2021, 35 House Republicans voted for an independent, bipartisan commission to look at the events surrounding the Jan. 6, 2021, attack on the Capitol.

At first blush, the vote should not have mattered much: The legislation creating the commission was negotiated by the top Republican on the House Homeland Security Committee, John Katko of New York, with the blessing of the Republican leader, Kevin McCarthy of California. Besides, the commission was filibustered by Republicans in the Senate and went nowhere.

But Tuesday’s primaries showed that the vote still mattered. In Mississippi, Representative Michael Guest, one of the 35, was forced into a June 28 runoff with Michael Cassidy, who ran as the “pro-Trump” Republican and castigated the incumbent for voting for the commission. In South Dakota, Representative Dusty Johnson, another one of the 35, faced similar attacks but still mustered 60 percent of the vote.

In California, Representative David Valadao, who also voted for the commission, struggled to keep pace with his Democratic challenger, State Assemblyman Rudy Salas, as a Republican rival, Chris Mathys, took votes from his supporters on the right.

In all, now, 10 of the 35 will not be back in the House next year, either because they resigned, retired or were defeated in primaries. And more are likely to fall in the coming weeks.

In New Jersey, it is all about name recognition.

In New Jersey on Tuesday, two familiar names won their party nominations to run for the House in November: for the Republicans, Thomas Kean Jr., the son and namesake of a popular former governor; for the Democrats, Robert Menendez, son and namesake of the sitting senator.

Mr. Menendez goes into the general election the heavy favorite to win New Jersey’s heavily Democratic Eighth Congressional District and take the seat of Albio Sires, who is retiring.

The younger Mr. Kean has a good shot, too. He narrowly lost in 2020 to the incumbent Democrat, Representative Tom Malinowski, but new district lines tilted the seat toward the Republicans, and Mr. Malinowski has faced criticism for his failure to disclose stock trades in compliance with a recently enacted ethics law.

MAGA only gets you so far.

Candidates from the Trump flank of the Republican Party could have done some real damage to the prospects of a so-called red wave in November, but with the votes still being counted, far-right candidates in swing districts did not fare so well.

National Republicans rushed in to shore up support for a freshman representative, Young Kim, whose narrowly divided Southern California district would have been very difficult to defend, had her right-wing challenger, Greg Raths, secured the G.O.P.’s spot on the ballot. It looked as though that would not happen.

In Iowa’s Third Congressional District, establishment Republicans got the candidate they wanted to take on Representative Cindy Axne in State Senator Zach Nunn, who easily beat out Nicole Hasso, part of a new breed of conservative Black Republicans who have made social issues like opposing “critical race theory” central to their political identity.

And if Mr. Valadao hangs on to make the November ballot for California’s 22nd Congressional District, he will have vanquished a candidate on his right who made Mr. Valadao’s vote to impeach Mr. Trump central to his campaign.

In 2021, the Office of Congressional Ethics released a report that said Mr. Palazzo had used campaign funds to pay himself and his wife at the time nearly $200,000. He reportedly used the cash to make improvements on a riverside property that he was hoping to sell. Voters in Mississippi’s Fourth District gave him only about 32 percent of the vote, forcing him into a runoff on June 28.

Mr. Zinke left what was then Montana’s only House seat in 2017 to become Mr. Trump’s first interior secretary. He departed that post in 2019 with a number of ethics investigations examining possible conflicts of interest and questionable expenditures of taxpayer funds. Still, when Mr. Zinke declared to run for Montana’s new First District, he was widely expected to waltz back to the House.

Instead, he was in an extremely tight race with Dr. Al Olszewski, an orthopedic surgeon and former state senator who had come in a distant third when he tried to run for his party nomination for governor in 2020, and fourth when he vied for the Republican nomination to run for the Senate in 2018.

If at first you don’t succeed …

Dr. Olszewski may not win, but his improved performance could be an inspiration to other past losers. The same goes for Michael Franken, a retired admiral who on Tuesday won the Democratic nomination to challenge Senator Charles E. Grassley of Iowa in November.

Mr. Franken has the résumé for politics: He is an Iowa native and led a remarkable career in the Navy. But losing often begets more losing, and in 2020, he came in a distant second to Theresa Greenfield for the Democratic nod to take on Senator Joni Ernst.

Ms. Greenfield was defeated that November, and for all his tales of triumph over past adversity, Mr. Franken is likely to face the same fate this fall. Mr. Grassley will be 89 by then, but Iowans are used to pulling the lever for the senator, who has held his seat since 1981. Despite Mr. Grassley’s age, the seat is considered safely Republican. 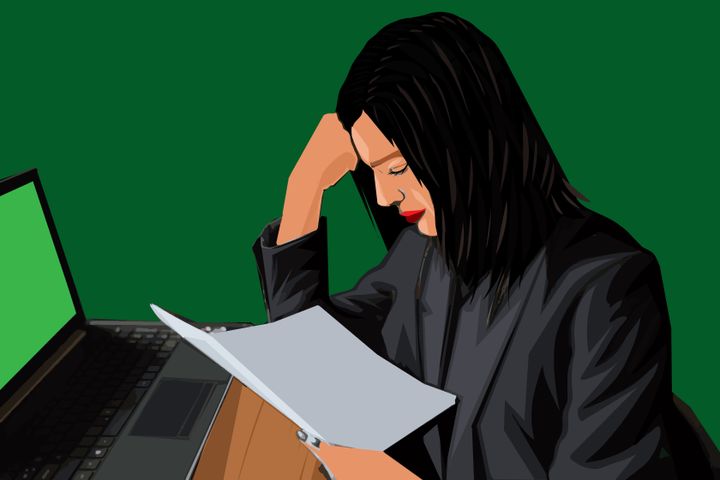