Getting enough sleep is critical for physical and emotional well-being, but so many people fall short. The Centers for Disease Control and Prevention estimates that a whopping 1 in 3 Americans don’t get enough sleep on a regular basis. (For reference: Adults should be aiming for at least seven hours.)

Of course, many factors go into a person’s ability to get sufficient rest, from work and family schedules to sleep hygiene.

With that in mind, here are five common mistakes a lot of people make in the morning that affect their ability to fall asleep — and stay asleep — later on:

1. You’re drinking too much caffeine

Obvious? Sure. But drinking too much caffeine in the morning can throw your entire sleep routine off track.

In general, most healthy adults can safely have up to 400 milligrams of caffeine a day. That’s the equivalent of roughly four cups of brewed coffee or two energy drinks, if that’s your thing. Remember, though: Caffeine levels in energy drinks can vary widely, and there are serious concerns about their potential impact on the body.

The effects from caffeine generally kick in within 15 minutes and peak about an hour later.

“Six hours after caffeine is consumed, half of it is still in your body,” according to the Cleveland Clinic. “It can take up to 10 hours to completely clear caffeine from your bloodstream.”

That means you can absolutely have a few cups of coffee in the morning and still be feeling them by dinnertime.

Also, keep in mind that some people are particularly sensitive to caffeine. So try cutting back for a bit to see how that affects your ability to get sufficient ZZZs.

2. You’re waking up at totally different times every day

Sleeping in when you can is glorious, yes. But it can also take a toll on your broader sleep patterns. Many sleep experts suggest that people set a standard wake time and stick with it to the best of their ability, even on the weekends.

Why? If you sleep for a few extra hours on a Sunday, for example, you might not be tired again until much later than usual — which means your bedtime is thrown off and you’re likely to be pretty darn tired when you wake up early for work on Monday.

An irregular sleep schedule can also increase your risk of what experts call “social jet lag” — basically, the discrepancy between your body’s natural sleep schedule (i.e., circadian rhythm) and your social schedule, which throws off the midpoint of your sleep and has been linked to health issues such as increased inflammation and higher risk of depression.

On the other hand, there can be benefits to catching up on sleep during the weekends, especially if you have a big sleep debt. To the extent it’s possible, however, try not to make it a regular thing.

3. You’re not exposing yourself to natural light

Sleep is governed by our circadian rhythms (which also influence everything from hormone regulation to body temperature). And the sun’s cycle has a huge impact on those rhythms day to day.

“Exposure to light during these times will affect when your body naturally gets sleepy and is ready to fall asleep,” the CDC says.

What all of this means is that exposing yourself to plenty of bright light in the morning can help shift your bedtime earlier; by the evening, you’re more likely to be sleepy and primed for rest.

Creating a to-do list is one of the most powerful things you can do to stay on track throughout the day. It can also be an effective way to combat anxiety that often creeps up at bedtime and makes it hard to fall asleep.

Not all to-do lists are created equal, though. First and foremost, it’s a good idea to write it down.

“When you try to manage your to-do list in your head, you’re likely to forget items,” HuffPost senior reporter Kelsey Borresen previously wrote. “Jotting it down on paper (or digitally in your Notes or other mobile app, if you prefer) gives you something concrete to refer to when your brain feels like mush.”

Also, make sure it’s realistic. Try to focus on three to five things you can actually accomplish, experts say. It’s a plan, not a wish list.

5. You’re glued to your phone

Checking your phone immediately after waking means you’re letting someone else dictate what’s on your mind first thing. And that can set the tone for the rest of the day — right up until your bedtime.

“If we wake up and we check our phone and there’s an email from our boss that says, ‘we need to talk,’ or there’s an email from a client who’s like, ‘Hey, can I call you later?’ we can go straight from our slumber into panic mode, where your heart is racing,” Susie Moore, a life coach and author of “Let It Be Easy: Simple Ways To Stop Stressing And Start Living,” previously told HuffPost.

At that point, it can be a lot more difficult to return to a calm “intentional” state, Moore said, which can have ripple effects. So do yourself a favor and set the tone for the day by using an alarm clock rather than relying on your phone to wake you up. And try your best to make sure the time when you wake up and before you go to bed is phone-free. 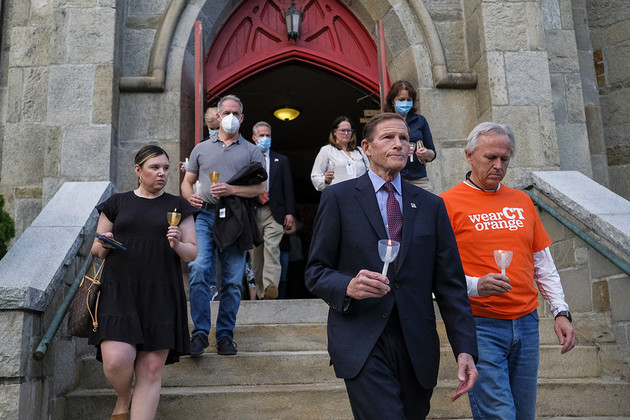